Select a track to play 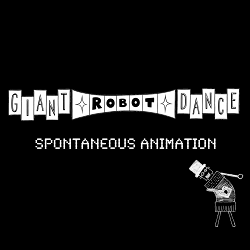 Giant Robot Dance brings you the next generation of contra dancing: traditional music artfully woven together with pop songs, infused with a rock sensibility throughout. From silly to sublime to downright ROCKING, Giant Robot Dance does it all!

"Spontaneous Animation" is our first full-length album, released July 2012. Recorded live at "Contrastock I" in Washington DC in 2011, and at "Summer Soirée" in Asheville NC in 2012, it features many of our favorite new sets, includes covers of songs by Katy Perry, Elton John, U2, Tchaikovsky and others. Unlike our previous album, "Live at the Butterball", there is no caller's voice in this one; it's an hour of pure musical spontaneity and unexpected twists.

Watch us perform the U2 / Elton John set! 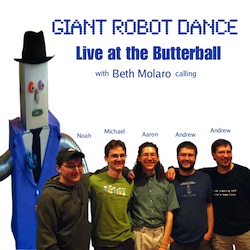 This album was recorded live at the Butterball, in Philadelphia, on Nov 27, 2009, and has been reformatted to fit your screen. It's about as close to a Giant Robot Dance event as you can get without being there. But really, you should be there. How could you miss dancing along with Optimus Prime, Wall-E and R2D2?

Recorded by:
Terry Mutchler
Edited and Produced by:
Andrew Marcus

This is our first album, released in 2008. It represents our valiant attempt to capture our unique sound, while maintaining the energy and excitement for which we are known. You can download it here for free! 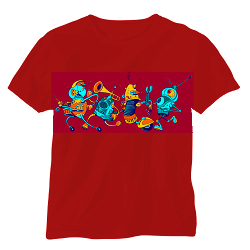 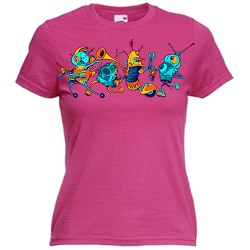 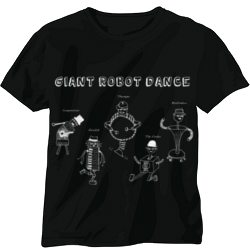 We are excited to now have TWO t-shirt designs for sale! The newest is by Kelly Alder at PopIdiot.com; we have it available in red and fuchsia! The black design is by Kathryn Leach.

All prices include $5 for shipping and tax. 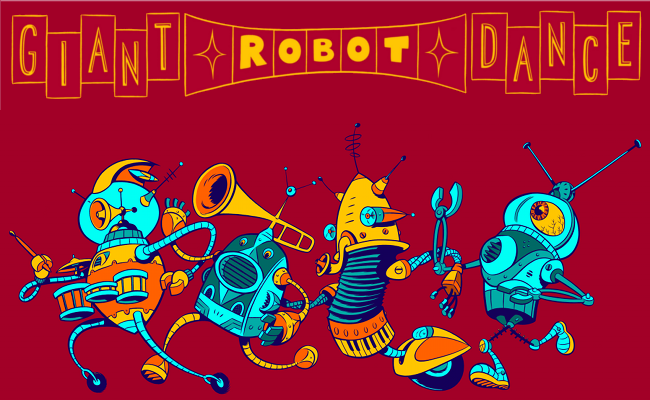 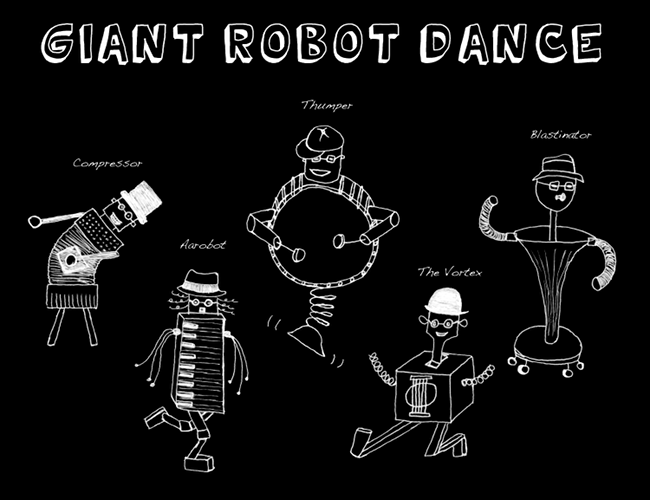